Askold Melnyczuk has published four novels which have variously been named a New York Times Notable, an LA Times Best Book of the Year, and an Editor’s Choice by the American Library Association’s Booklist. He has received a three-year Lila Wallace-Readers’ Digest Award in Fiction, and the George Garret Award from the Association of Writers & Writing Programs (AWP) for his contributions to the literary community. While still an undergraduate he founded and edited the magazine Agni. He is the editor/publisher of Arrowsmith Press which he founded in 2006. Currently he is Professor of English at the University of Massachusetts, Boston. 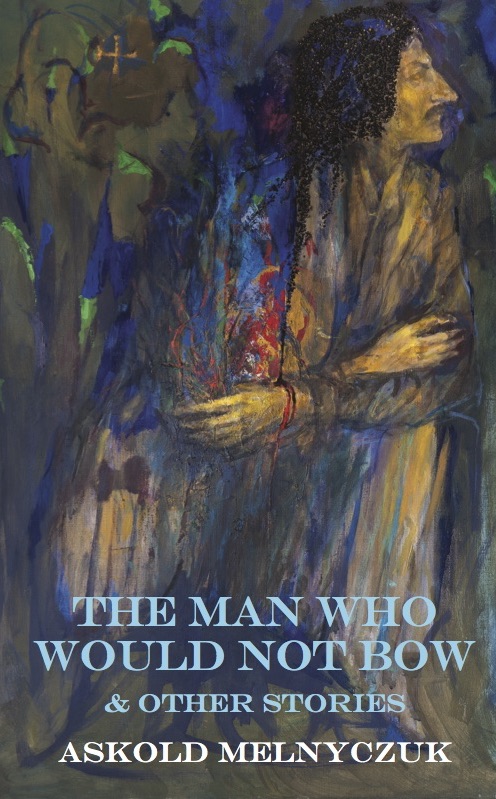 THE MAN WHO WOULD NOT BOW
& Other Stories
Askold Melnyczuk

Eight stories subtly linked by their cast of characters including a journalist in a Middle Eastern war zone, an unemployed actor struggling with elder care, members of a commune planning to kidnap a priest, a torturer’s mother and, finally, Nikolai Gogol wrestling with his angels and demons.

"Within the first few pages of Askold Melnyczuk’s fifth book-length work of fiction, The Man Who Would Not Bow, you understand you’re in for some sophisticated narrative. What you learn as you continue through these eight stories, however, is that this sophistication isn’t achieved through ostentatious or experimental language and craft—the stories are firmly in the Realist tradition—but rather from how intelligently Melnyczuk handles the narrative material." – MATTHEW KRAJNIAK, Consequence Forum (read the rest of the review here)

"The genius loci of the book is Nikolai Gogol, who figures explicitly in the last two stories (the finale, 'Gogol's Noose', is a biographical 'fantasia', as the author calls it) and whose fascination with the links between the familiar and the grotesque, the real and the irreal or surreal, is everywhere explored and echoed. Several stories move between the New World and the Old (especially Russia and Ukraine); this is most impressively the case in the title story, which begins with the Romanovs and then ranges forward by generations, morphing eventually into an American immigrant tale...." – KIRKUS REVIEWS (read the rest of the review here)

"Askold Melnyczuk fascinates me with his cartography, mapping the contours of consciousness and spirit across the centuries. The spectrum of his sensibilities always delights and seduces, or provokes and puzzles. Like his Ukrainian forbearer Gogol, Melnyczuk can summon forth the grotesqueries of continental mysticism, and switch lenses to deliver his readers into a contemporary DeLillo-esque realm of cold but metaphysically ambiguous realism. He's a literary chameleon, and irresistible." – BOB SHACOCHIS

“A triumph of style and storytelling…. Melnyczuk has brought the great
tradition of Russian literature to American soil in a transplant that is a work
of art.” – SCOTT MORRIS, The LA Times

“To fall in love with Melnyczuk’s voice is no trouble at all.”
– ALIDA BECKER, The New York Times Book Review

“A marvelous novel and proof once again that the novel is not dead wherever it has work—meaningful work—to do.” – CHINUA ACHEBE