Barbara Guest (1920-2006) was one of the foremost American poets of the 20th century, her many books spanning 60 years of writing. She came to prominence as a member of the 1960s New York School of poetry, alongside John Ashbery, Frank O’Hara and James Schuyler. Her Collected Poems are published by Wesleyan University Press. 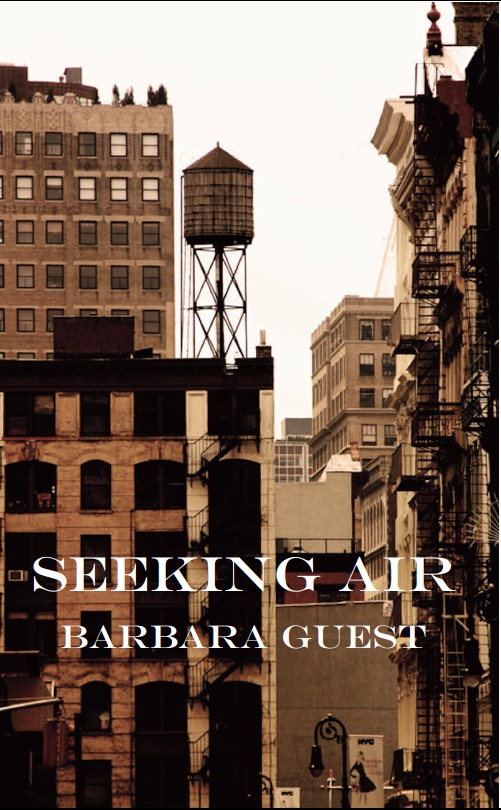 With a specially commissioned Afterword by Rachel Blau DuPlessis

Grand Iota brings back into print this classic: the late Barbara Guest's only novel, first published by Black Sparrow in 1978 and out of print for many years.

The novel is mostly narrated by a male protagonist, Morgan Flew, whose relationship with the main female character, Miriam, forms the focus – although there are digressions and passages in the third person, and poetic flights. The setting is mainly New York in the 1970s, a world of art and creativity, familiar from Guest's poetry. Her Preface to the 2nd edition is included, and the Afterword provides useful insights into this fascinating and unique text.

What is a poet’s novel anyway? And is that what we are talking about with Seeking Air by Barbara Guest? Well, a poet’s novel is quite undefinable, might be typically outside or multiple in at least genre, certainly playing with the resonances of “poet” and the resonances of “novel,” unique, only semi-categorizable, like Guest’s poetry and her thinking in general. The book will enter the zone of the fascinating and bemusing as soon as you open it.... The work takes place in 103 meditative sections that also become its mental interior landscape; the sections themselves a setting of rapidly changing scenes, some being prose-poem size, some longer, and, by the end defined by inconsistent variety. The chapters are arch, resistant, shifting, witty, annoying, detailed but discontinuous and veering, filled with reported conversation with others as well as oneself, cosmopolitan in reference, and also very Upper East Side, New York.