When Edmond Caldwell died in July 2017, he left behind Human Wishes / Enemy Combatant, a novel that on first publication in 2012 had been received enthusiastically by reviewers and readers alike. Unfortunately, that edition soon slipped out of print, the US-based small press that published it having folded. This new edition, which includes an afterword by Joseph GRamsey, is published by agreement with Caldwell’s estate. 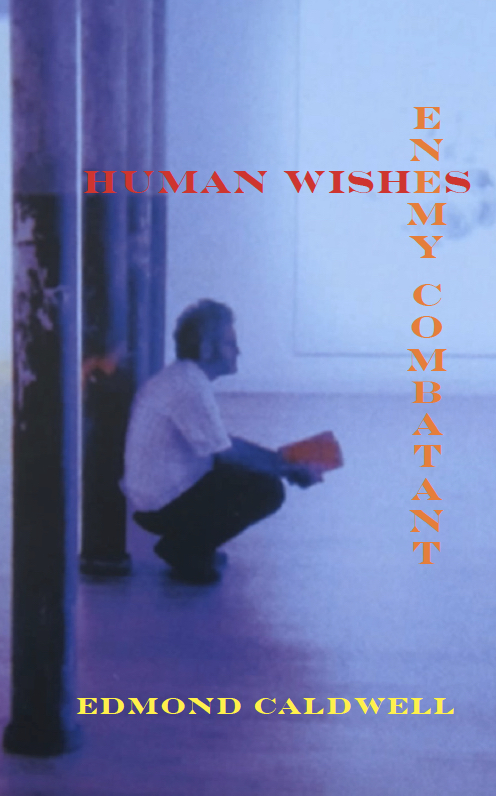 With an afterword by Joseph G Ramsey

The unnamed, somewhat paranoid hero’s experiences of “In-Between places” such as an airport baggage reclaim area, a hotel complex that exists solely to cater for bumped airline passengers, a rest stop, and a shopping mall, are achingly funny. But the humour takes increasingly dark turns: the “literary novel” is turned inside out as we encounter a plot to kidnap and replace the critic James Wood, an unknown play allegedly by Samuel Beckett (featuring Dr Johnson and his cat Hodge) is discovered and its fugitive production discussed, and, finally, the horror of the Palestinian Nakba is confronted.

The re-publication of this book has already been welcomed by its many fans. We too look forward to seeing it back in print.

"A novel that thinks and doubts and rethinks everything you’ve ever thought
and doubted and rethought about a novel."
– JACOB BACHARACH, The Rumpus

"Beautifully witty and avant in its refusal to stoop to any kind of cliché, while
dismantling clichés as though they are kitschy cuckoo clocks and
reassembling them into room-sized set-pieces one can walk through.... I can
still remember laughing while reading it; laughing on the U-Bahn and at my
desk and laughing about it even, at odd moments, without the book in hand."
– STEVEN AUGUSTINE, The Imperialist

"It is not … despite that nightmare ending, a sombre book; on the contrary,
it is bracingly literary in its references, and above all very funny in its wit and
linguistic invention. No synopsis could adequately describe it, and this
review doesn’t attempt to do so. It attempts only to encourage you to read
it, slowly and enjoy the ride…."
– DAVID ROSE, American Book Review